Dr. Warner co-founded Eagle VISION One in 2001 and is a managing owner. 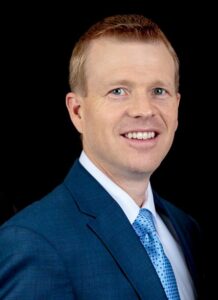 Dr. Warner completed a five year term on the Idaho State Board of Optometry which included serving as Chairman.  Dr. Warner actively participates in various community organizations in Eagle and Star and speaks Spanish.

He enjoys running and has finished several marathons, including the Boston Marathon.  He and his wife, Michelle, enjoy spending time in the great Idaho outdoors with their children and grandchildren.

“I initially started using Eagle Vision because it’s where my grandfather went. After he passed I somehow felt connected to him at their office because of their high level of care he received. I see what he saw in their quality of service, not just in doing their “jobs” but how intentionally relationship oriented they are with their patients. The office is warm, friendly and inviting. I enjoy the way they interact with me from the reception desk and the entire appointment. The staff is genuine and it shows in everything they do. A+, I highly recommend them. Thank you for going above and beyond!”

You can request your next eye exam with us online!

Leave Us a Review

Please take a moment and let us know how your experience was.

Let's continue the conversation over on your social network of choice.